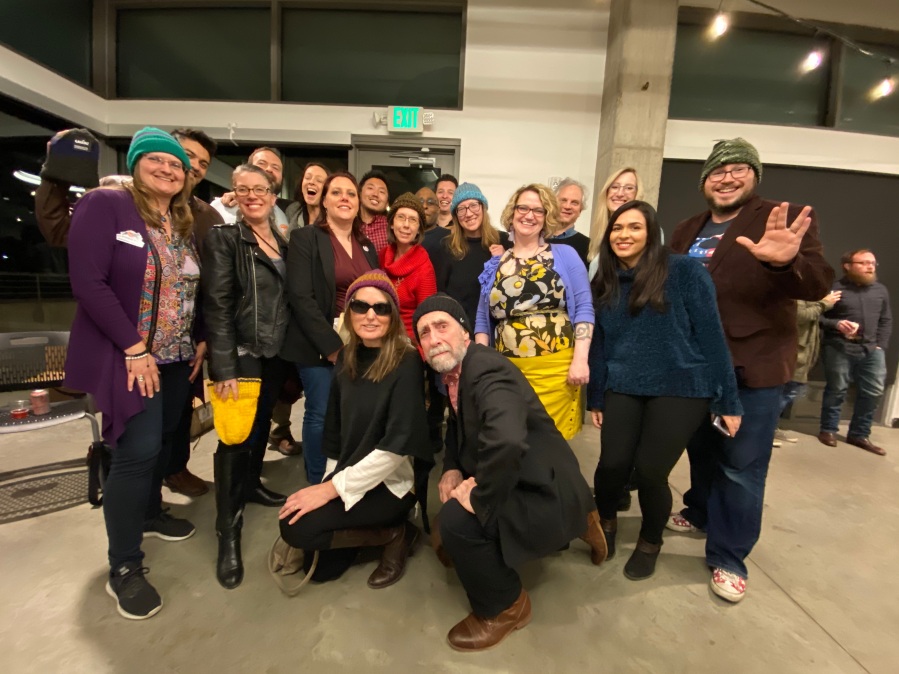 When you’re a leader, sending the elevator back down on a regular basis takes a lot of forms:

1. You don’t have to have the first, last, or any word. You’re in the position you are because you’ve enabled folks to do their jobs exceedingly well. When the smartest people in the room are empowered to speak and have a platform to perform, it’s perfectly fine if you’re not on stage and have no lines in that play. It’s a sign you’ve recruited well. Your power sometimes is best demonstrated by holding space for smart people to have their say without being trampled by other, enthusiastic smart people. Everybody with valuable input should have their say. Stand up against destructive and disruptive voices that don’t add value.

2. The people who report to the people who report to you should always know where they stand and know that you’re paying attention to their work, too. If they get attacked, you have an obligation to do the royal work of standing on the front lines and defending them. Feel out the situation, really listen to all parties, but be fair and forthright to your own people on where they stand. If they screw up, teach ‘em how to be better (because it was a failing in discovery or training that led to the issue in the first place more often than a defect in a report’s personality). If they didn’t screw up, the attacker needs to be told off with the full power the leader can wield.

3. It’s a powerful leader who can demonstrate plurality (that is: the holding of two conflicting ideas at once). It’s a strong position to be able to give space to people who disagree with you, it’s a sign of weakness to demand that the stage only has space for one mode of thought. Changing course when presented with new information is laudable. Debate isn’t about zingers but questions to demonstrate understanding – and knowing both your own position and your opponent’s position so well that you can debate their side as well as your own. To really know an idea inside and out and choose an informed course is a sign of wisdom.

If your peers or leaders in your sphere aren’t demonstrating these qualities, start having those conversations; it’s a vital issue of urgent importance at all levels, in every organization, at every company, and in every form of government.