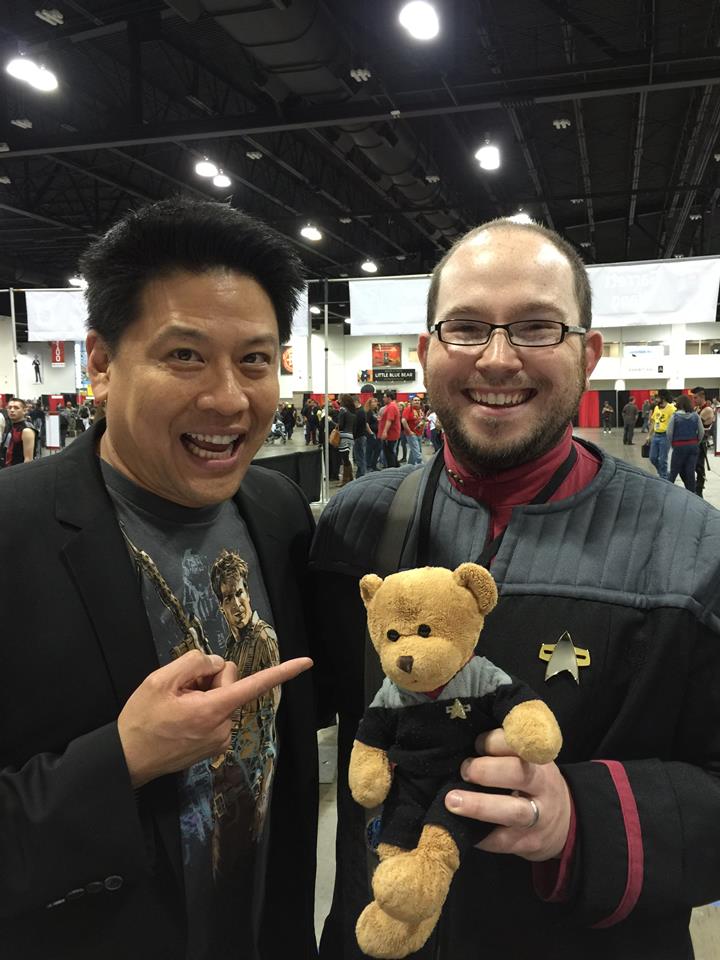 I have a confession to make: I’m a lifelong Trekkie who can’t bring himself to watch Star Trek: Discovery… at least, not yet.

To be clear: I love the casting choices. I love the actors. I love that there is finally Star Trek back on the small screen.

What I don’t like: CBS All Access-exclusive streaming inside the US and Canada.

“Think about Star Trek. Sci-fi is not something that’s traditionally done really well on broadcast. It’s not impossible, for the future, if somebody figures it out. And things like Lost and Heroes have had parts of, you know, sci-fi, but historically they haven’t … a show like Star Trek wouldn’t necessarily be a broadcast show, at this point.”

Respectfully, Mr. Lanzone is forgetting about: The Flash, iZombie, The 100, Arrow, Supergirl, Smallville, Stargate, Warehouse 13, Farscape… and you name it.

It’s bone-stupid to say that Trekkies, starved of Trek for 12 years, wouldn’t follow it wherever the hell it was provided.

Surely the disparity between “traditional Trek” and the less-than-cerebral Star Trek 2009 (cost $140M and earned $385M worldwide) proved that, or the “remake in reverse” Star Trek: Into Darkness (which cost $190M and earned $460M worldwide)… it’s just sillyness to assert that Trekkies won’t watch Trek wherever and in whatever form it’s offered.

We also have empirical proof that a Star Trek-like show can do well on broadcast:

[Star Trek: Discovery and The Orville] opened solid, a few weeks apart, on their respective live, linear broadcast networks. But in live+3 ratings (which includes three days of DVR and video on-demand usage), both premieres scored an identical total viewer average: 10.6 million each.

Fox’s “The Orville” was at least a light year ahead in the adults 18-49 demo, however, opening to a strong 3.5 rating — compared to the decent, but less stellar, 2.1 rating for “Star Trek: Discovery.”

“And so, you kind of look at the other networks that we have, CW and Showtime, it just fit with the digital audience and having that loyal Star Trek audience.

By loyal here, he means that Trek fans did indeed follow into a new Abramsverse and all the drama that came along with it (remember when JJ bailed and Roberto Orci blew up at fans on Twitter?)

In fact, we were so hungry for new Trek that many of us created it ourselves… including Star Trek Continues, Phase II, Axanar, Horizon, Of Gods and Men, etc. while also signing up to Netflix to stream our favorite Treks over and over again.

Then you have the Axanar lawsuit and all the drama that brought about; legalities aside, it was a public relations disaster. The most enthusiastic Trekkies rallied around these fan productions in the 12 years while CBS twiddled its thumbs trying to figure out what to do next with TV Trek.

What resulted was fan production guidelines that arbitrarily limit creations, disavowing one of the most beautiful points of Trek history – namely that TOS, TNG, and Voyager scripts were sometimes written by fans because of A RIDICULOUSLY FORWARD-THINKING SPEC SCRIPT POLICY.

Fan creation Of Gods and Men, filled to the brim with Trek actors, dropped the Star Trek moniker entirely, pitting our well-known heroes in direct opposition to the studio who made them well-known.

Keep in mind: almost all of these productions are for fun, run, produced, and acted on by volunteers, and most importantly: KEPT THE SPIRIT AND FANDOM OF TREK BREATHING AT A TIME WHEN CBS AND PARAMOUNT WERE TAKING A NAP.

Instead of licensing these properties (maybe incorporating some fan productions into canon) and giving Trek’s most enthusiastic fan creators a high-five for keeping the love alive… instead of figuring out how to fully embrace the fandom for fun and profit for all involved, CBS kicked the most passionate Trek fans out of the sandbox.

I felt sick when the fan production guidelines were released. I still feel a pit in my stomach whenever I think about CBS’s response to Trekkies.

Let’s continue to the heart of the matter from Mr. Lanzone:

“It just made sense that [CBS All Access is] a great place to put [Star Trek: Discovery] and it’s something unique for All Access that would bring subscribers. At the same time, we’ve partnered with Netflix for all international distribution and that went a long way towards helping fund it as well. So it’s a different model.”

Emphasis mine. Excuse me a second, can we just call this what it is: geeksploitation.

Geeks are big business. There’s some serious money in accruing a nerdy following. According to Forbes:

In 2015, [Big Bang Theory] generated $1.74 billion in ad dollars, according to Kantar Media. That increased to $1.83 billion in 2016. … On top of ad revenue, Big Bang is also a cash cow when it comes to syndication. In all, the show has reportedly garnered over $1 billion for Warner Bros., which makes money from selling each episode, as well as from some of the advertisements that air during the show on TBS. CBS can sell the show internationally, where it has brought in hundreds of millions of dollars.

Star Trek Continues, a fan production, made each episode for an average of $80K and the quality level (in terms of story, props, lighting, production, sound, and special effects) is indistinguishable from a high-resolution update of a TOS episode. The episodes were streamed an an open platform (Vimeo + YouTube) and funded via crowdfunding and personal investments from the production team to the tune of $250K.

It sounds like if you needed help funding Star Trek on TV, you need only have looked toward your true fans already doing it on a shoestring.

In a time when politics has never been more divisive, when tensions seem to rise with every new tweet, when the rights and safety of minorities are increasingly in question… CBS made the active decision to exclusively paywall one of the most optimistic, humanist interpretations of the future.

It’s mindbogglingly short-sighted and ignores a critical Ferengi Rule of Acquisition: “Good customers are as rare as latinum. Treasure them.”